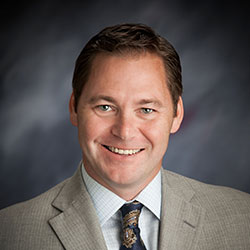 The mission of the Auditor of Public Accounts' office is to provide independent, accurate, and timely audits, reviews, or investigations of the financial operations of Nebraska State and local governments.

We will provide this information, as required by statute, to all policymakers and taxpayers through written reports and our Internet based Budget and Audit databases.

We will maintain a professionally prepared staff, utilizing up to date technology, and following current Government Auditing Standards.

The Office was created by the first territorial Legislature in 1855. The Auditor was the general accountant and revenue officer of the territory. The duties have expanded and evolved over the decades as modern accounting theory has been implemented. Click here for a listing of past State Auditors from 1855 to 2015.

The office of the Auditor of Public Accounts is one of six offices making up the executive branch of Nebraska State Government. The Auditor's salary is established by the Legislature. The Auditor also serves as a member of the following three boards: